How To Meditate Facing the Milky-Way Galaxy Center

Connecting with our galaxy center for a better-focused meditation can be interesting. Meditation can work as an important tool for ruling out unwanted information, raise your awareness and understanding the information we want to focus.
Within the meditation practice, there is a simple meditation technique called Galaxy Center Meditation which allow virtually endless possibilities regarding a consciousness raise and the opening of communication channels our galaxy origins.

In a general sense, the galaxy center meditation provides a common “place” which is the center of our Milky Way galaxy, to allow a consciousness focused concentration point for the ones practicing this meditating technique.

To practice the galaxy center meditation, you should meditate facing our galaxy center as a way to help build a global center consciousness point making it easier to focus awareness and making information sharing easier.

Where our Galaxy Center is 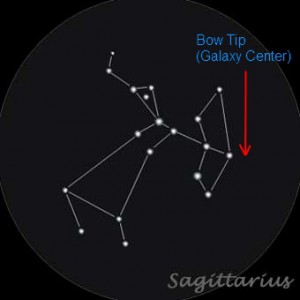 Science has come to the conclusion that every galaxy centers have a huge black hole right in the middle of it. A black hole is described as a “region of space from which nothing, not even light, can escape” (scientific definition), and since all galaxies appear to have a massive black hole in the middle of them, science now believes they play an important role over a galaxy structure and behavior.

When practicing the Galaxy Center Meditation your concentration should be directed to visualize the galaxy center and its most influential point, the black hole. That way, your consciousness can entangle with its powerfulness, as well as understand it’s interactivity with the entire galaxy, including ourselves.

Try to practice the Galaxy Center Meditation when you feel ready or willing to learn more about it. It may not be easy to grasp at first.

I suppose that if you’re giving the Galaxy Center Meditation a try, you’re already familiar with some meditation practice that will make it easier to focus on your concentration abilities, and wider awareness state is possible. If you’re new to meditation, you can also give it a try, though I would suggest starting with some breathing meditation technique to get you started, which is described further in this article.

The mindset is also important (as always, I might add). It´s important that you practice this technique when you feel ready, willing, or in the mood for it.
The Galaxy Center Meditation will allow you to expand your conscious and subconscious horizons, as well as connect them further. Think of this meditation technique as a trip to a foreign country, in the way that it allows you to broaden your consciousness awareness.

The galaxy center meditation process also sets a grounding stage for the many individual subconscious minds to more easily connect to a particular, more energetic and focused point. It facilitates unconscious mind entanglement which is crucial for information sharing and to make sense out of what would otherwise be only apparent and sparse information.

Whenever you’re preparing yourself for the mediation process, you should always allow yourself to get seated in a comfortable position. Always keep a straight back, so you don’t get yourself wrong body positions. Once you’re comfortable enough, allow you to clean your head from any thoughts that might come to mind. Start breathing in and out, and slower each time you do it.
First, you should concentrate on breathing only, only when you’re able to focus your concentration should you try to visualize our galaxy center.

During your meditation, it’s natural to experience self-talk. However, don’t fight it too much, simply let it pass by until you can clear your mind into nothingness. Concentrate on your slow breathing until you get into a higher concentration stage.

As you go through your meditation, and you start getting more concentrated and with a calmer mindset, you can start by asking the questions you need answers to, or don’t ask nothing and expect answers or questions to come to you. You should be open to new channels of consciousness, and allow yourself ready to receive any information, whatever it is. Don’t worry too much about what that information means by the time you’re getting it. Just let it come on a subconscious level and let it set in. Most times, only hours, days or even years. Later on, your conscious mind might fully grasp, and make conscious sense out of what your subconscious mind had received.

Don’t worry if answers or information isn’t coming right away, except that, and embrace that feeling with a certainty of future knowledge about the answers you’ll be finding within. Remember that your understanding is directly proportional to your consciousness, so you’ll only fully grasp something when you’re ready. Keep raising awareness and you’ll find what you’re looking.

As you get more and more familiar with this meditation technique, or any meditation for that matter, you’ll surely understand and see results even out of a few days of practice. Remember that practicing meditation is not an end, but a process and even though you might not yet found your answers, you’re closer. Besides, meditation, in general, will give you more concentration, focusing abilities, lower stress levels, relaxed breathing, more organized and structured thought processes and a general feeling of happiness with yourself and the world. Externally you’ll feel much calmer and more receptive to the things you need or want, and more shielded against the things you don’t need.
Meditating is a cumulative process, each stage is a new step and there is no turning back.

“The mind, once expanded to the dimensions of larger ideas, never returns to its original size.”

Making Sense Out of the Received Information

After the meditation process, you should write down whatever information you may have received, even if it doesn’t appear to make any sense to you at the moment or if it feels completely unrelated to the subject at hand.
Many times, you’ll find valuable information on previous meditations writings, just for the fact that by the time you wrote it, you were not yet ready to grasp and understand the information you had. It’s mainly due to lack of awareness, consciousness, or simply because your conscious mind wasn’t yet ready to make sense out of the full spectrum of the received content.

Save and share any information you might be getting. You can use this site as a data gathering tool if you want, or any other place you might find suitable. Sharing the information you’re getting will help others and yourself to better understand the information that, in some cases, could never be known or linked. Because when information sharing takes place, consciousness is allowed to be “extended” in what’s known as the mastermind theory. It is sometimes earthly referred as “‘Two’ minds think better than one”.