On the Jinn: Tribal Beliefs and Islam in Bedouin Culture

It is said, among the local Muzeina Bedouin of Egypt’s South Sinai, that the striped hyena is capable of luring men to its cave at night. To be capable of doing so, the hyena must first come across a person sleeping or wandering, in the desert outside, far from other human companions, and alone. Reports from locals vary, some say that the hyena is capable of lifting or carrying a person on their back. Others say that the animal uses its scent glands to lure and lead the unsuspecting person to their cave.

These beliefs are akin to those of the Negev Bedouin, in Israel, who also reported the capabilities of the night scavenging creatures as snatchers of men, capable of mystical powers during the night.i

The hyenas themselves are now endangered, sightings are rare, and in the South Sinai, few have been reported recently. The tales of the hyena I hear are from both young and elderly men, men who have heard these stories from fathers, from grandfathers. Stories that have passed from generation to generation.

As among some of the first converts to Islam in the 7th century, there is little doubt as to the monotheistic belief that the Bedouin hold. Although Sunni Muslim, and often devoutly so, there still remain superstitions and mysticisms, such as that which the hyena represents, believes that point to pagan roots, a hark back from the purely nomadic days prior to Islamization.

Another belief that predates the conversion yet survives still is that of the Jinn, who the South Sinai Bedouin variously believe in. The Jinn are supernatural beings, invisible spirits, who can inflict both mental illness and physical harm upon people. Jinn are said to live either in deep water or in remote, far-flung parts of the desert, away from areas that are frequented by people regularly. Some believe that the Jinn can enter a person’s body and gain control over it.

One acknowledged treatment for Jinn affliction is to have a spiritual leader read Suras from the Quran to the sufferer.ii One man I spoke to told me of the jinn, “they are like spirits, they’re all around us, we can’t see them but they can certainly see us. There are good jinn and bad jinn. We can feel them sometimes and we are scared.” 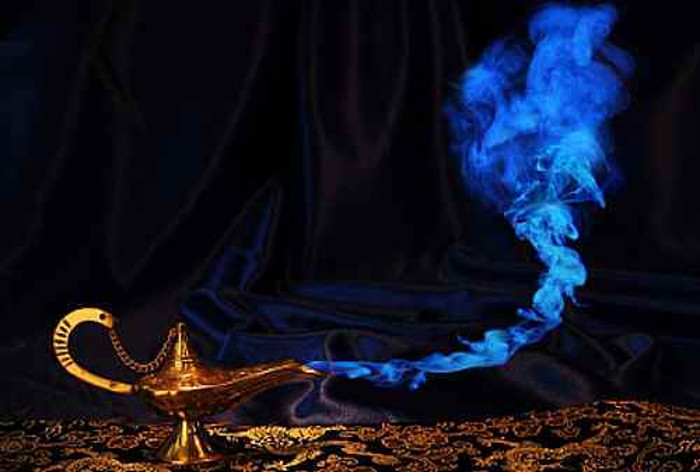 Instances of al-Jinni (a Jinn, the individual term for a member of the Jinn and the source for the English word ‘genie’) predate Islam in Arab literature. Likewise, in early literature from across the world, jinn, and spirits, malevolent or otherwise occupy an important place in narratives.iii Oftentimes, these spirits seem to be linked to animals, Greek mythology had the dogs of Hades, Western history has black cats down as unlucky creatures, once viewed as the familiars of witches in the Middle Ages.

These otherworldly forces are present in the Quran, too. Chapter seventy-two is named Sūrat al-Jinn and of the 28 verses it contains, some develop the idea of the Jinn as being either submissive to Allah or rejecting of monotheism: “And of us some are Muslims (who have submitted to Allah, after listening to this Quran), and of us some are Al-Qasitun (disbelievers)”, “There are among us some that are righteous, and some the contrary”.iv The concept of the evil eye, which also predates Islam, is codified in the Quran as well and is believed by the Bedouin and many other Islamic nations too.

Anthropologists have suggested that from a purely historical perspective, the inclusion of superstitions and otherworldly forces were needed in the formative stages of a religion, necessary to make Islam, or any world religion, effective in a social structure that was previously purely tribal or pagan in nature. v Syncretism, or amalgamation, of this kind, produces variants of, or as some may view it, deviations from the standard, as the religion is permeated with existing local practices.

In the Bedouin of the South Sinai, traditional tribal beliefs in the supernatural have merged and joined with traditional Islam, with elements of these, at essence, pagan beliefs being solidified by inclusion into the standard religion. As some anthropologists would have it, the Bedouin’s true religion lies somewhere between Islam, fatalism, and an appeal to unseen supernatural forces.vi

Being among the first initiates to Islam, the Bedouin have had to replace the pagan practices of using metaphors and explanations of life drawn from the natural environment and switched instead to the fatalism involved in submission to Allah, on the surface at least. Yet, an educated and urban Bedouin in 2017, may still be careful about showering alone in a quiet house – there are often Jinn in bathrooms. Or he may be wholly cautious of the mysterious pull a hyena can exert upon a man and the devastating, and very real, effects of the evil eye.

I enjoy writing content that is informative, accurate, and easy to read. I have a particular interest in theology, literature, and cultural and literary theory from the Renaissance onward.