It seems the news regarding Raffaele Bendandi’s prediction of a massive earthquake striking Rome on May 11 weren’t a complete mistake, as both the Spanish earthquake and the Italian volcano eruptions can prove.

Raffaele Bendandi, an Italian competent scientist, and astronomer who died in 1979 predicted a massive earthquake to strike Rome and thought the Rome population took the prediction seriously, the fact is that the mainstream scientific community disregards the prediction as a scientific fact.

Everything seemed to be going fine when 11th May came and went in Rome with no earthquake to be seen, but on that same day, both Spain earthquake and Mount Etna eruptions took place, making the Raffaele Bendandi’s predictions a case study. It was an interesting coincidence, to say the least, and this event has all the looks of being one of the most fringe science weird events of 2011.

It’s still a mystery how Raffaele Bendandi got to his conclusions of such a prediction, to a point where not even his chief biographer can give a proper assessment of the methodology used. Regardless the unanswered questions, the Roman population response was strong, taking heed and fleeing their city by the thousands on that exact date. Reports even claim Rome streets were half empty on that day, which is clearly evidence the Roman population was well aware of the fact. 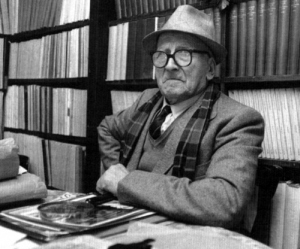 11th May came and went in Rome with no Earthquake what so ever. Interesting is the fact that on that exact day, 2 European countries (Spain and Italy) were the victim of a couple of events related to earthquakes and volcanoes.

Both events are extremely unusual and coincidental, in fact, it seems Raffaele Bendandi’s predictions got the date right, just not the exact location. Take a look at these two events and make your conclusions:

Raffaele Bendandi’s work is gaining new momentum with the recent events that seem to suggest his research could have some sustainability. Another fact that is nevertheless interesting is that both locations share the same 37º North latitude, the Mount Etna is 37.74° N, and the Spain Earthquakes were on 37.699 N and 37.693 N.

The mystery plot thickens all because the controversial Raffaele Bendandi’s predictions are raising more questions than providing answers, and some seem to be questioning the necessity of deepening the study of Raffaele Bendandi’s research for a wider understanding of his work.

A major earthquake struck the northeastern Japan today, triggering a tsunami alert. This earthquake had a 7.0 magnitude with an epicenter located 130 miles east of Sendai.

The evacuation of the Fukushima nuclear plant is under way, and the tsunami is expected to reach Japan anytime soon.

If any doubts existed regarding the higher frequency of the quake, tsunami and volcanic activity on planet Earth in the 21st century first years, this second big quake in Japan in just four months seems like another hint pointing exactly that way.

According to some fringe and mainstream scientists, the solar system temperature peak we’re going through right now, or the changes in the Earth’s magnetic field might be some of the potential factors causing some of the more frequent quake phenomena.

Almost exactly four months have gone by since the latest Japan 11th March major earthquake. This second massive earthquake took place while the Fukushima nuclear plant cleaning process was still under way, which might make the Japan recovery process a little bit difficult to manage.