The Weirdest Superstitions of the Philippines Still Alive Today

Any country in the world has its share of wild and crazy superstitions depending on its culture and history. There are common ones, such as a black cat usually considered as bad luck, or when you pick up a penny on the road, it’s a sign of good luck.

One of the most famous ghosts which many believe in, especially in the Visayas region of the Philippines. The witch (usually a woman) is said to be cut in half at the waist, bearing large vampire-like wings. Pregnant women are said to be the most in danger against the Manananggal.

In the province of Capiz, local folk claim to see this ghost occasionally up until this day and constantly place garlic (and sometimes salt) by their bedside, which is said to ward off the ghost. 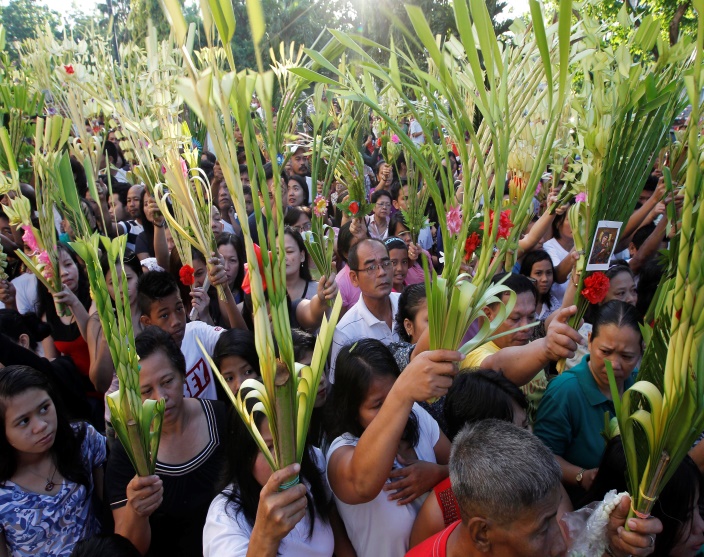 Palm fronds in the Philippines. Photo by: metro.co.uk

A superstition that gives more meaning to Catholic belief is the placement of blessed palm fronds in different areas of the house to ward off evil spirits. Yearly, during Palm Sunday masses, Filipinos bring palm fronds with them which they wave high in the air in front of the priest. The priest then blesses the palm fronds with holy water.
A single person would usually be holding at least two palm fronds, one in each hand, because the more fronds you have, the more weapons you have against evil spirits which you can place in entrances around your house.

Though rarely followed in modern times, it is quite interesting to mention Usog. Usog is the term coined for the superstition wherein if a stranger greets an unborn child still in the belly of a woman, it would bring illness and disease to the child when it is born. A stranger greeting an unborn child that they do not know was said to be an ‘evil eye hex’ placed on the child.

Decades ago, the only way to fix this was to ask the stranger to lick the belly of the pregnant woman or place his/her saliva on the belly. Thankfully, modern etiquette has stopped Filipinos from doing this to each other (or at least 90% of them).

Interestingly, despite modernization, the majority of Filipinos still believe in these superstitions. For many, following or avoiding superstitions is part of their religious practice. Not doing so is immediately a precursor to bad luck. Moreover, superstitions in the Philippines are not merely sayings that bring good or bad luck, they make the spirituality and religion of each person more colorful, as they incorporate these superstitions into their daily lives.

Though there are some cities, such as the main hub of Metro Manila, that no longer give much attention to Filipino superstition, a large portion of the Philippines (especially in provinces) continue to do so as part of their religious and spiritual practices. Looking at its spirituality alone, the Philippines is truly a diverse and culturally rich country.